Things to Do in Iceland - What To See and When? 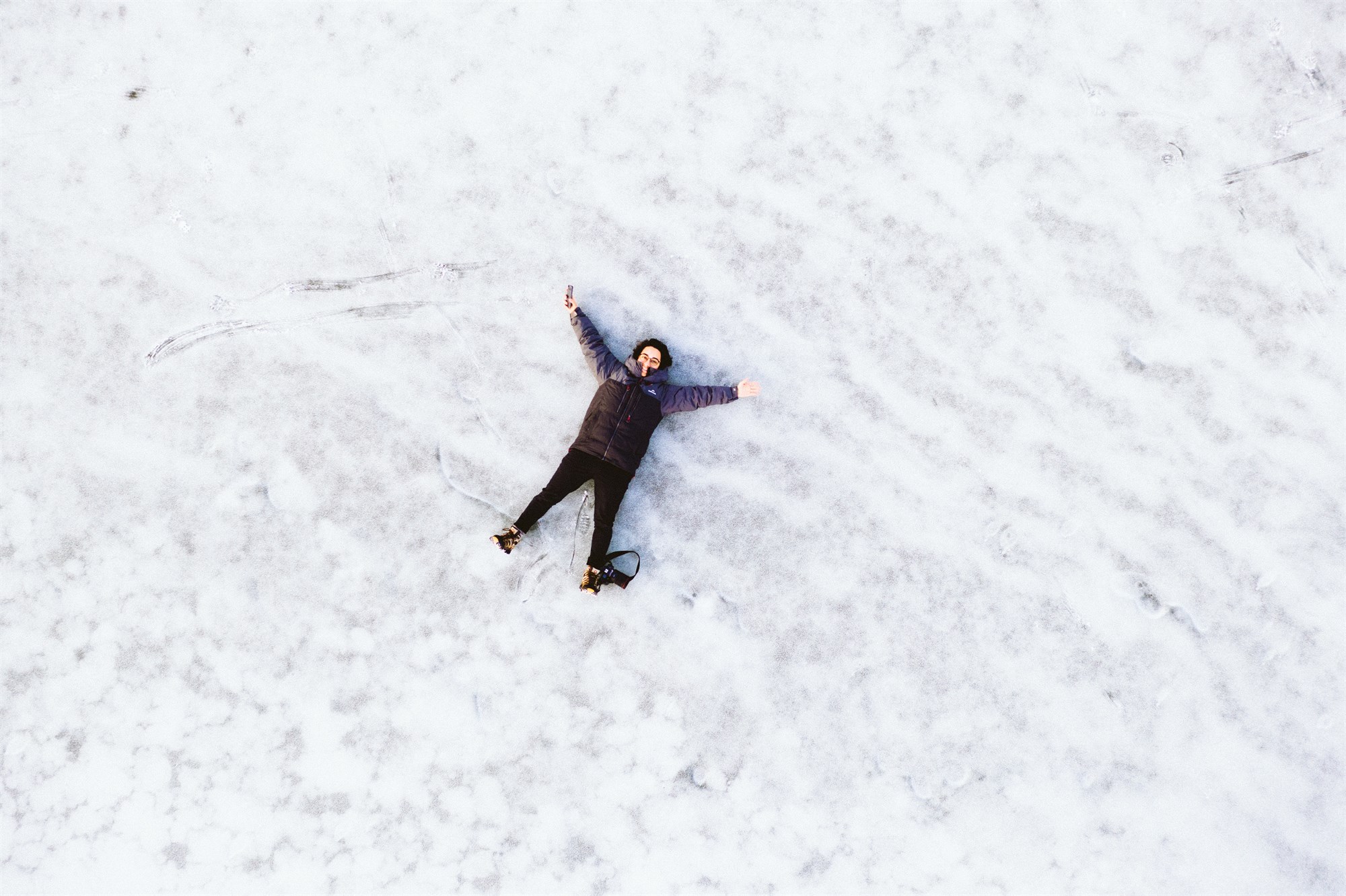 Iceland is bursting with energy. People from all over the world and with a wide range of interests are sure to find something they’ll love, no matter the time of year. While sunning yourself on a beach might not be an option, there’s a huge range of exciting experiences and stunning sights to explore.

While it’s nice to know the must-see destinations around this island, it’s impossible to fit everything in. That’s why we’ve made a comprehensive guide which is sorted by location, helping you to make the very most of your Iceland trip. Only got a day free in an otherwise jam-packed Iceland itinerary? Or maybe you don’t want to stray too far from your hotel? We have got you covered. 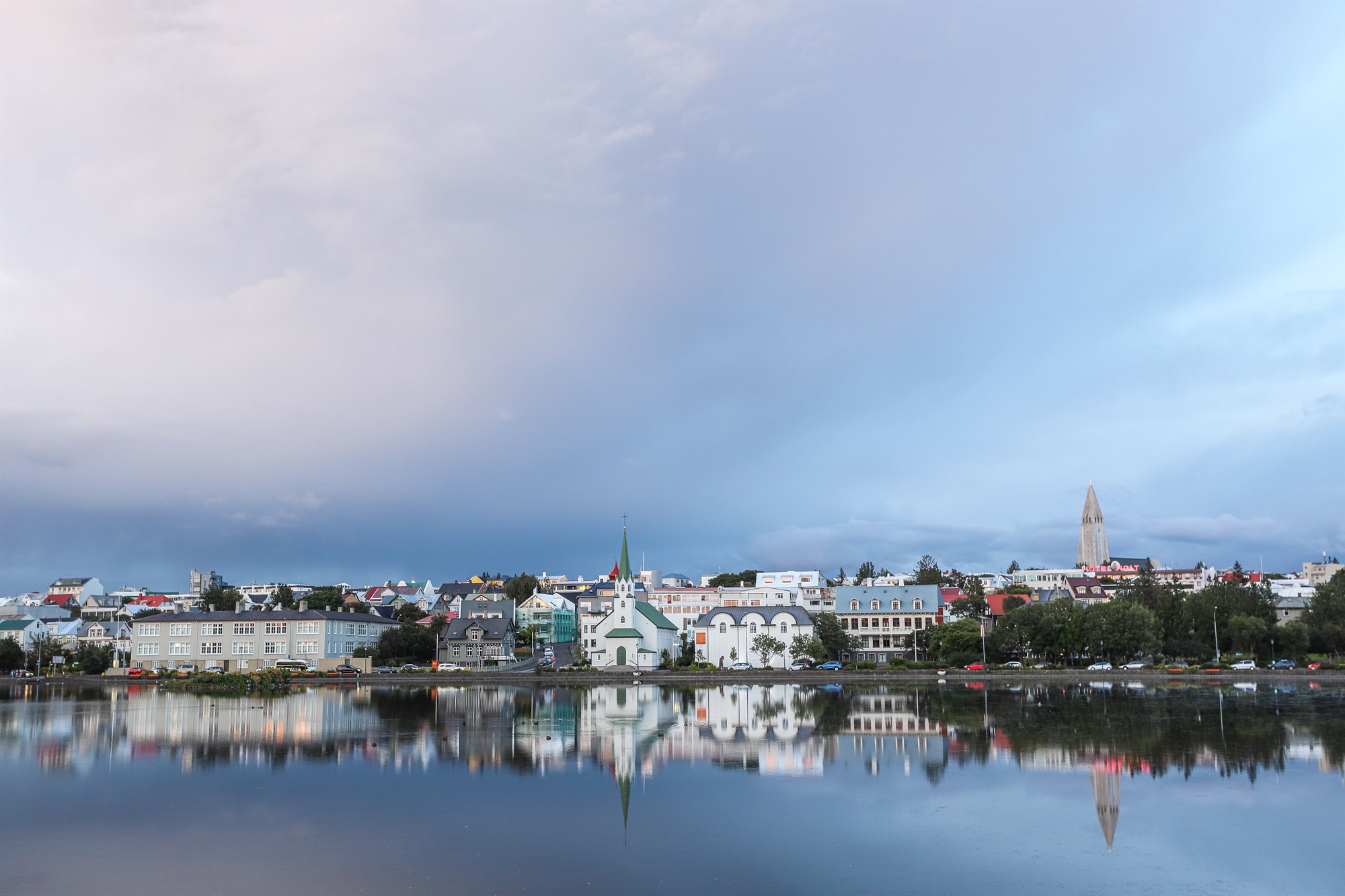 Things to Do in & Around Reykjavik, Iceland

Reykjavik is the vibrant and colourful capital of Iceland. While the rest of the country is known for its incredible natural landscapes and unbelievable phenomena, Reykjavik really is an unmissable stop on any Iceland trip. We’re here to recommend some excellent destinations to stop by in or near Reykjavik.

If you’re sightseeing in Reykjavik, this amazing 244-foot structure is unmissable - and not just because it’s visible from just about everywhere in the city. Hallgrimskirkja is one of the most well-known highlights of Iceland’s capital city. It is designed to emulate the naturally occurring basalt columns found at waterfalls like Svartifoss in southern Iceland, giving it a dramatic and iconic look. Along with its striking form, the church also boasts an amazing 360° view of the city.

As a port city, it is of course possible to book on to one of Reykjavik’s many whale watching tours. It has been done before, but glimpsing a whale or dolphin from Iceland’s shores is difficult and rare. Whale watching in Iceland is best done during the summer months to increase your chances of spotting something truly incredible.

Located not far from the capital city, Blue Lagoon is one of the most famous places to visit in Iceland. Oozing with relaxation, the Blue Lagoon is the perfect way to unwind after days of exploring Iceland’s landscapes. The water at Blue Lagoon, heated to around 38 degrees celsius by geothermal energy, is known for being rich in minerals which are great for the skin and bones. Visit for a quick soak or go for the full spa experience! 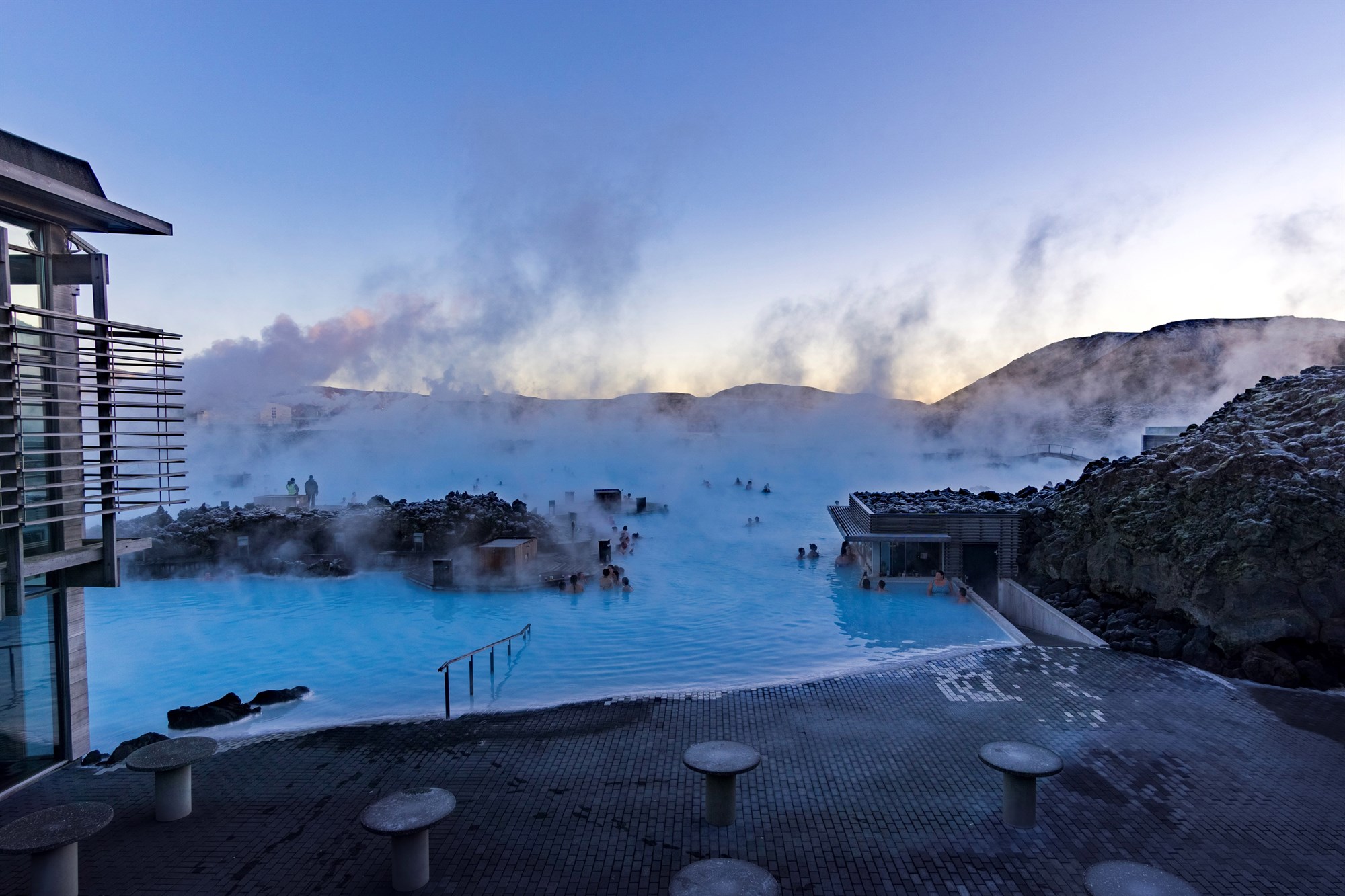 Reykjavik is also famous for its food scene. Whether you’re down to try some local seafood delicacies, delicious street food, or just after some grub, Reykjavik has it all. Traditional Icelandic cuisine can be found in various Reykjavik eateries, though can just as easily be avoided for something more familiar! As the evenings draw in, the city is an exciting place to be, with plenty of live music, pubs and bars to enjoy.

Moving south from Reykjavik, southern Iceland is another popular destination for first-time visitors to the country. With well-maintained roads and plenty of incredible scenery, it’s an excellent place for a self-drive holiday. It’s also fairly accessible from Reykjavik, meaning you can stay in the capital while exploring a little further afield for an insight into Icelandic nature.

This incredible route encompasses the 3 most popular attractions in Iceland: the Geysir, Gullfoss Waterfall, and Þingvellir National Park. Driving the Golden Circle is often number 1 on Iceland holiday itineraries, and it’s easy to see why. All 3 locations are perfect examples of the power of Iceland’s natural forces, making a great tour, whether with a guide or alone.

For a twist on the golden sandy beaches you might be used to, Reynisfjara is an excellent stop on any Iceland holiday. A popular spot on the volcanic south coast, visitors bear witness to incredible rock formations standing in the sea, battered by rough seas for centuries upon centuries. Basalt columns, like the ones that inspired the Hallgrimskirkja in Reykjavik, line the cliffsides, making for a unique beach setting. 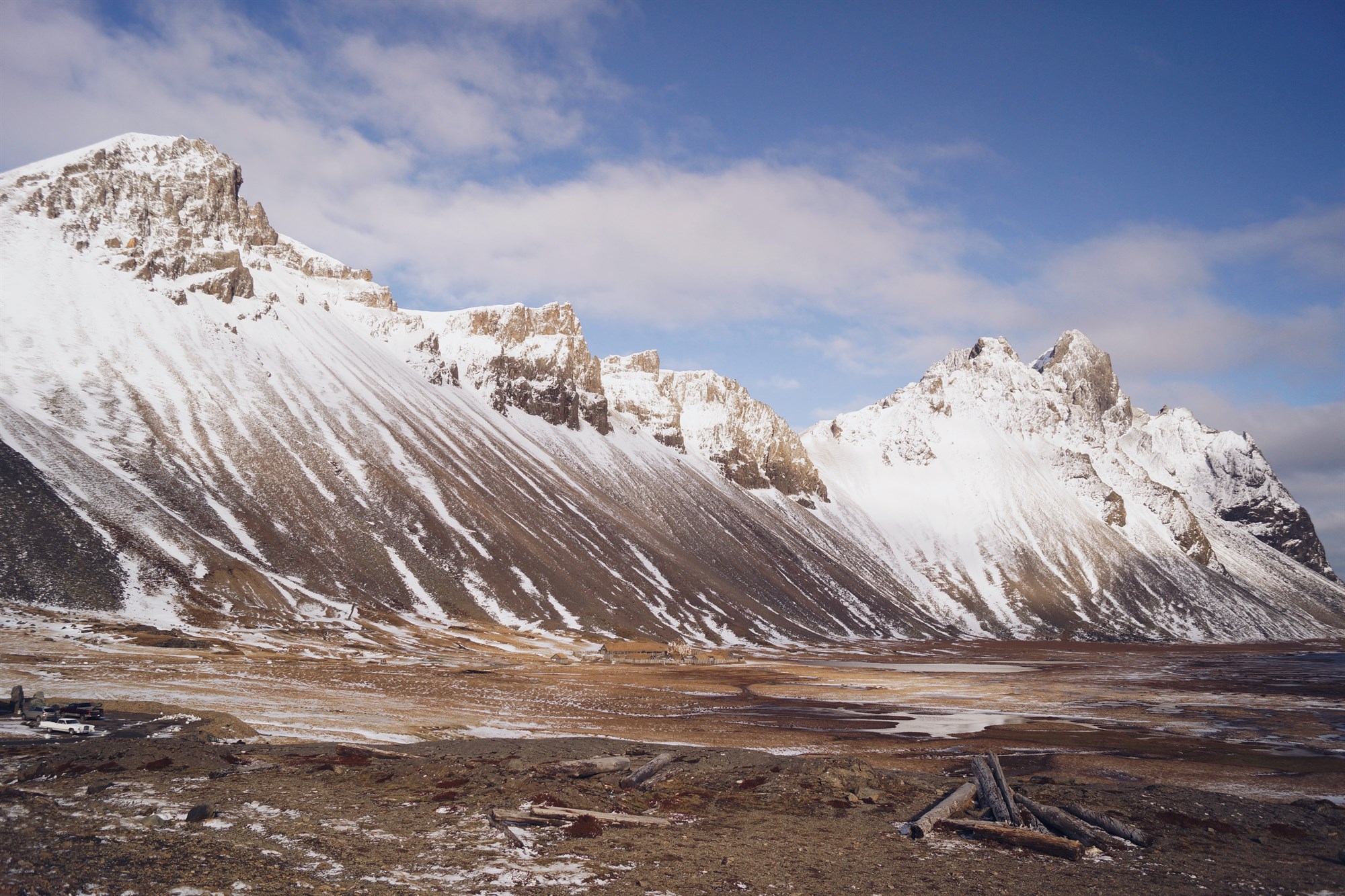 Things to See in East Iceland

After being brought to Iceland as cattle, the locals are thought to have never taken to farming reindeer. These weird and wonderful creatures now roam the countryside, and can usually only be spotted in East Iceland.

A little off the beaten track, Seydisfjordur is another hidden gem in Iceland’s East Fjords. Attracting artists from all over the country, Reydisfjordur was once one of the largest settlements in the country. Whether you just want to grab a photo of the adorable rainbow street, infamous blue church, or want to explore the annual arts festival, Seydisfjordur is an unmissable location on an East Iceland roadtrip. 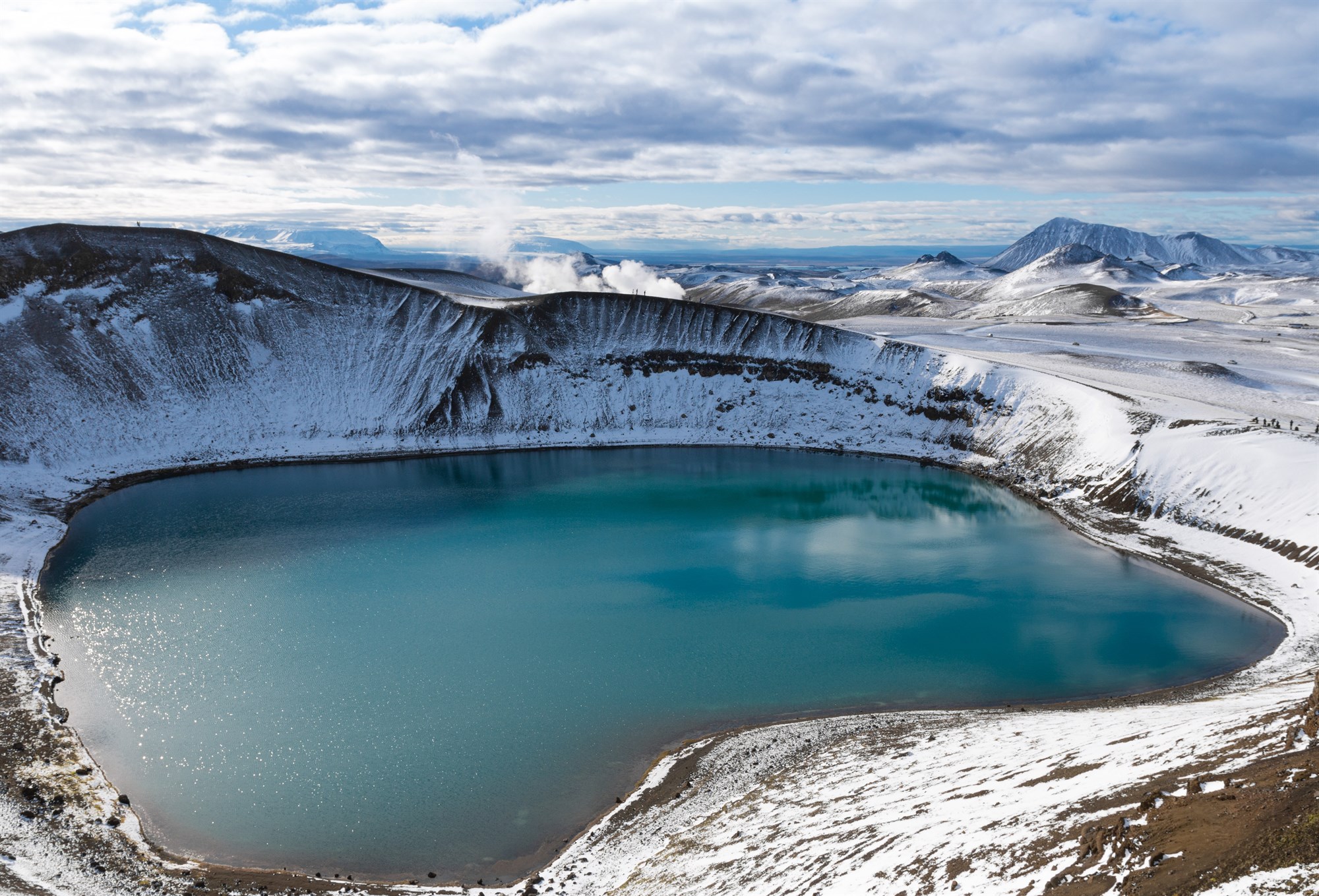 Things to Do in North Iceland

If you’re willing to travel as far as the north, Iceland offers even more stunning natural landscapes and charming fishing villages. Becoming more popular as a more off-the-beaten-track destination, north Iceland boasts far more than people think. From culture to shopping, hot springs to hike trails, North Iceland has it all and more.

Húsavík is the oldest settlement in Iceland, though probably most famous for excellent whale watching opportunities in the summer months. It’s possible to see a number of types of whales on boat tours from charming Skjálfandi Bay, which is why the town is known as the Whale Capital of the country. Alongside incredible wildlife, Húsavík also boasts many fascinating museums and delicious restaurants.

Not far from Iceland’s Ring Road, Lake Mývatn makes for an other-worldly experience in northern Iceland. Formed by ancient volcanic activity, the lake is surrounded by fascinating rock formations and landscapes, including a number of craters. While shallow, the lake is a hot bet for Icelandic wildlife, from birdlife to fish, including the possibility to catch a glimpse of Iceland’s national animal, the Gyrfalcon.

For somewhere that feels more secluded, Skagafjörður Valley, set in the Skagafjörður Fjord in northern Iceland, is ideal. In fact, you’ll find yourself outnumbered by animals in this area, with roaming Iceland horses in abundance. The valley is home to peaks, rocky outcrops, and gorges, the open landscape is ideal for finding the northern lights in Iceland, due to its lack of light pollution. 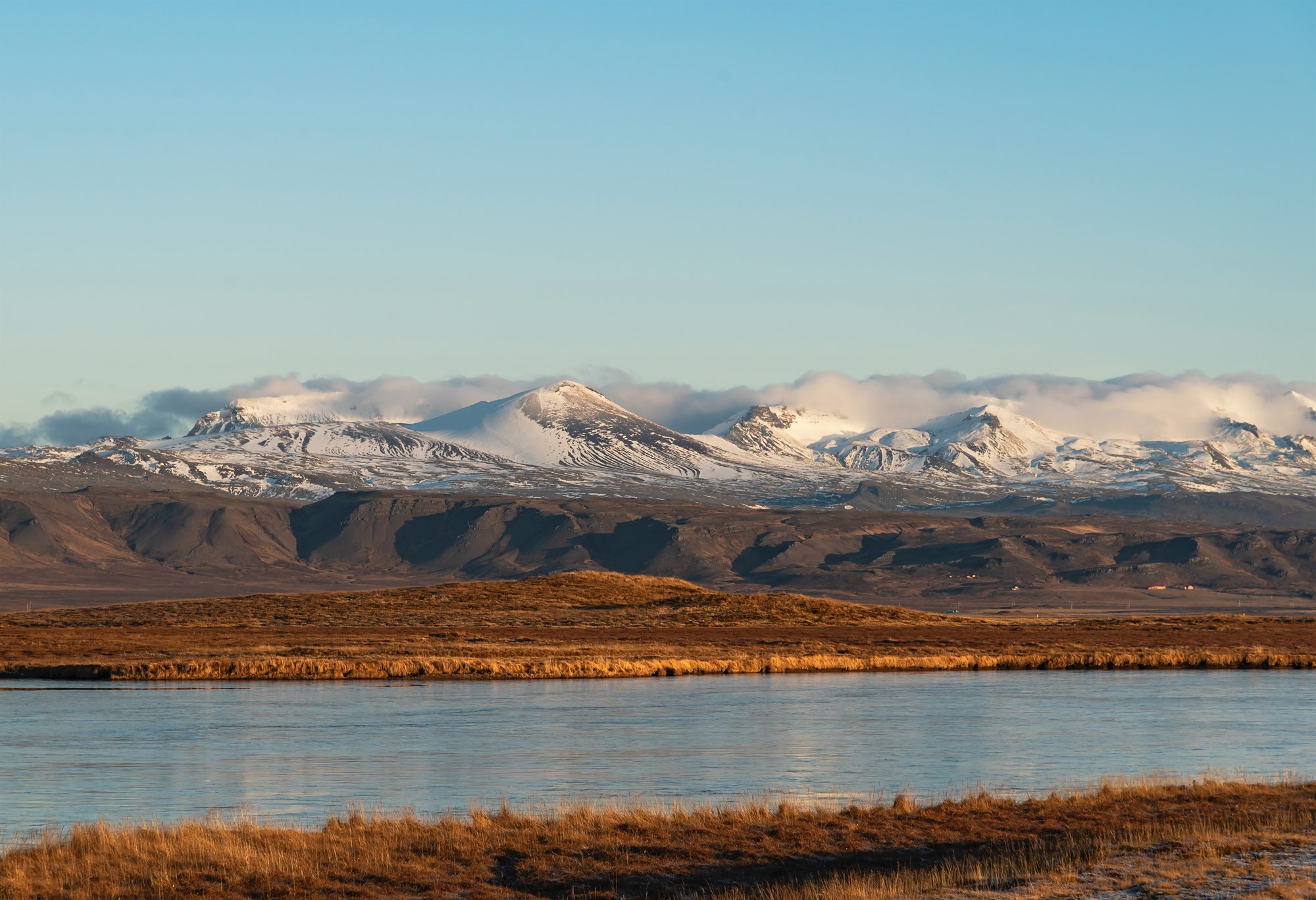 Best Thing to Do in West Iceland

Often overshadowed by fantastic Reykjavik, western Iceland is also a great place to schedule a stop on your Iceland tour. Perhaps the most overlooked, West Iceland is full of natural delights, from glaciers to geothermal pools. Take a look at our favourite things to do in this area of Iceland.

This is another one of the most famous and iconic attractions in the country. Located on the most westerly area of the Snæfellsnes peninsula, this national park has something magical about it. Superstitious locals and visitors looking for mysterious energy are sure to flock here, with landscapes like something out of a sci-fi film.

In a tour of this incredible cave, you will be surrounded by unique and wonderful lava formations, created just over 1000 years ago. After being closed off for a long time to humans, everything you see inside is untouched and unspoiled by man, making it all the more amazing. If you visit in winter, you might also be able to see unique ice formations as well as lava, the perfect experience to embody the land of fire and ice.

Just beside the road, you’ll find Deildartunguhver, the most powerful hot spring in all of Europe. Boiling water is pumped out of the ground, bubbling and streaming, as fast as 180 litres per second. With so much steam, you might struggle to get the perfect photo! Despite being used for cooking and cleaning for centuries by locals, Deildartunguhver shows no signs of stopping.

Things to Do in Iceland During Winter

Now you’ve got some inspiration for the best things to do in Iceland, wherever you are. To ensure you’ve got ample time to visit all the incredible spots you’ve just read about, consider renting a car with Reykjavik Rent a Car. With a range of incredible hire car models, including 4x4s, nothing will stand in your way of exploring Iceland to the fullest.