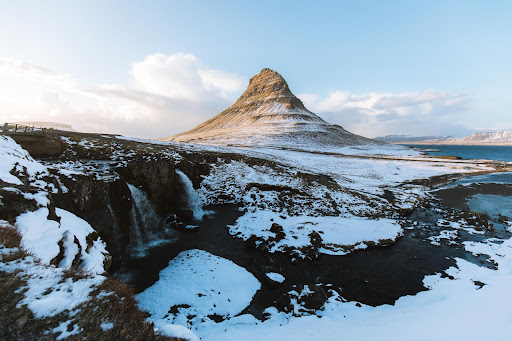 A popular saying in Iceland is “if you don't like the weather, just wait 5 minutes and you’ll get something different”. It’s changeable, unpredictable and it’s not uncommon to see snow, rain, wind and sunshine - all in one day! The weather is all part of the Icelandic charm, but what conditions should you prepare for if you are planning on a visit during the cooler months? Here’s our guide to winter weather in Iceland.

You may be surprised to hear that the winter weather in Iceland isn’t as cold as you may expect, considering it’s situated in the middle of the North Atlantic Ocean. The climate is moderated by the Gulf Stream which brings a warm ocean current from the Caribbean. That being said, you still need to prepare for cold weather which may be more extreme than you are used to!

Winter temperatures in Iceland vary by location with January typically being the coldest month. Reykjavik is one of the warmer spots and will see an average temp of between +2C and -2C in January, although it can drop to as low as -10C. Northern coastal areas and the highlands are colder, where it can be as cold as -30C.

The best place to check the weather forecast for Iceland is via the Icelandic Met Office. Here you will be able to find detail on the temperatures and conditions predicted for individual regions across Iceland.

Many people ask “how much does it snow in Iceland?” and the answer is that it varies between regions. Contrary to popular belief, Iceland isn’t always covered in snow. Snow in Reykjavik is typically less frequent and less heavy than what you can expect in areas such as the highlands. In the Westfjords, so much snow falls that it is sometimes completely inaccessible.

If you are planning on hiring a car during your winter visit to Iceland, you should first ensure that you are prepared and confident to drive in the snow. The majority of roads are well maintained and those that are considered to be dangerous due to snowfall tend to be closed for safety reasons. 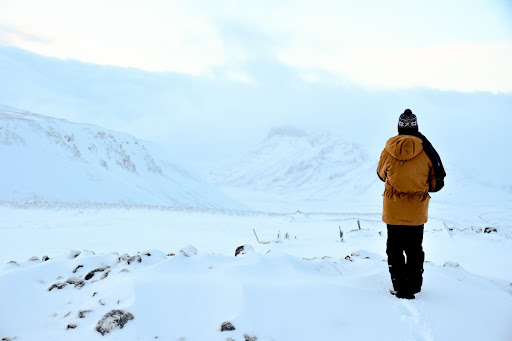 The southern and western parts of Iceland tend to see the most rainfall, particularly in October and March. These 2 months receive the most precipitation with an average rainfall of 3.2-3.4 inches across 14.5 days per month.

It’s virtually impossible to use an umbrella in Iceland due to the almost constant wind which blows at you from all angles - waterproof clothing (and footwear) is crucial. 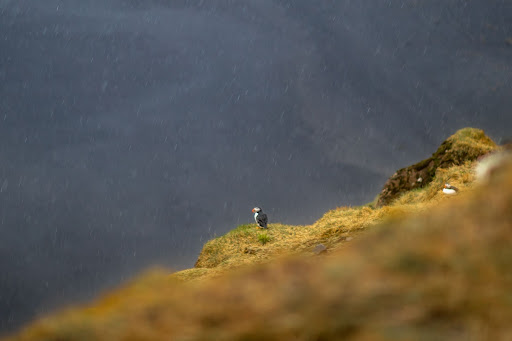 Daylight hours in Iceland vary throughout the year with extreme short and long days which are strikingly different. The winter hosts the shortest days of the year, with December and January offering just 4-5 hours of daylight, whilst the height of summer brings days where the sun never sets - this is known as the midnight sun. The midnight sun is a natural phenomenon whereby the atmosphere is made brighter due to the earth's axis being tilted more towards the sun.

The dark winter days in Iceland offer the opportunity for some fantastic sightseeing and excursions such as snowmobiling, dog sledding and exploring the glacial ice caves under picturesque blue light. 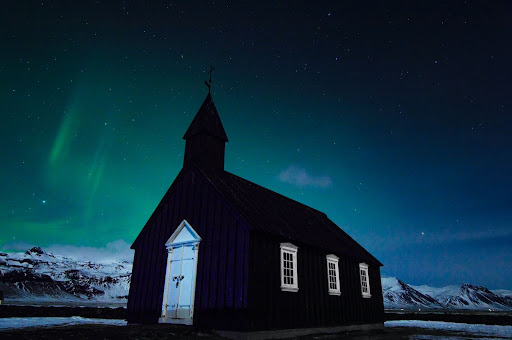 You can check the weather forecast for Iceland via the Icelandic Met Office, here you will be able to find detailed temperatures and conditions that are expected for individual regions.

With cold, volatile winter weather in Iceland, the best thing to do is to be prepared with lots of thick layers of clothing, a warm coat, and some good quality boots.

If the cold weather isn’t for you, you may want to explore Iceland during it’s warmer months. But remember, this will limit the excursions available (the Northern Lights for example, are unlikely to be visible during the summer).