The Top 10 Waterfalls in Iceland You Must Visit 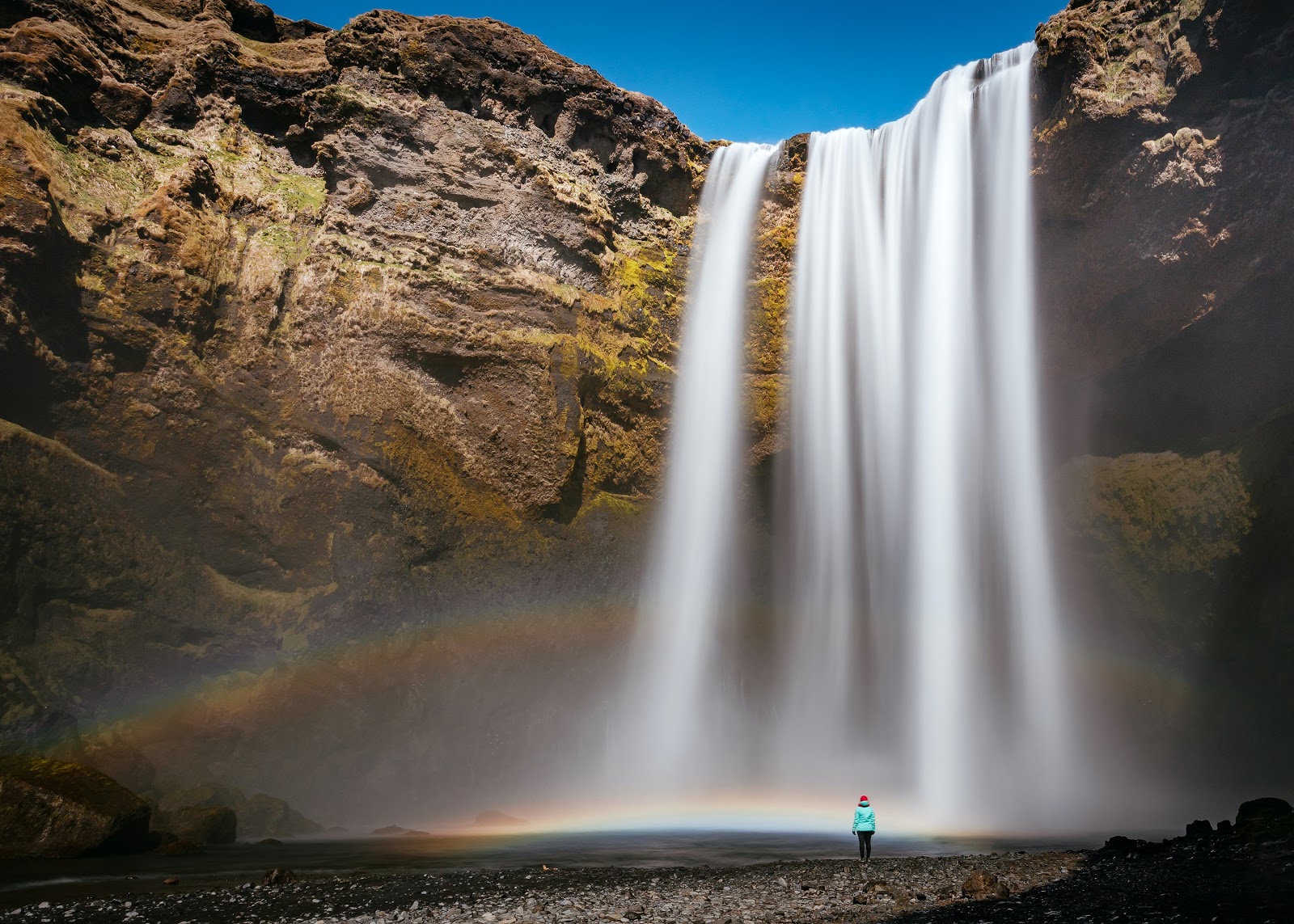 Iceland is covered in a wealth of amazing waterfalls, but which are the best to visit? Luckily for you, we’ve put together our list of the best waterfalls in the country. Every waterfall in Iceland has a story to tell, whether that be one of historical significance, ancient folklore or even love. Due to the abundance of glaciers in Iceland, the country hosts some of the most breathtaking waterfalls on Earth. These are our top 10 waterfalls in Iceland, which we think you need to visit.

Composed of a series of smaller waterfalls, Bruarfoss is located in South West Iceland in the area of Grímsnes. Considered one of the country’s hidden gems, watching  the bright blue water splash into the deep gorge is an other-worldly scene. If you're looking to top up your photography portfolio, Bruarfoss is definitely the place to visit. 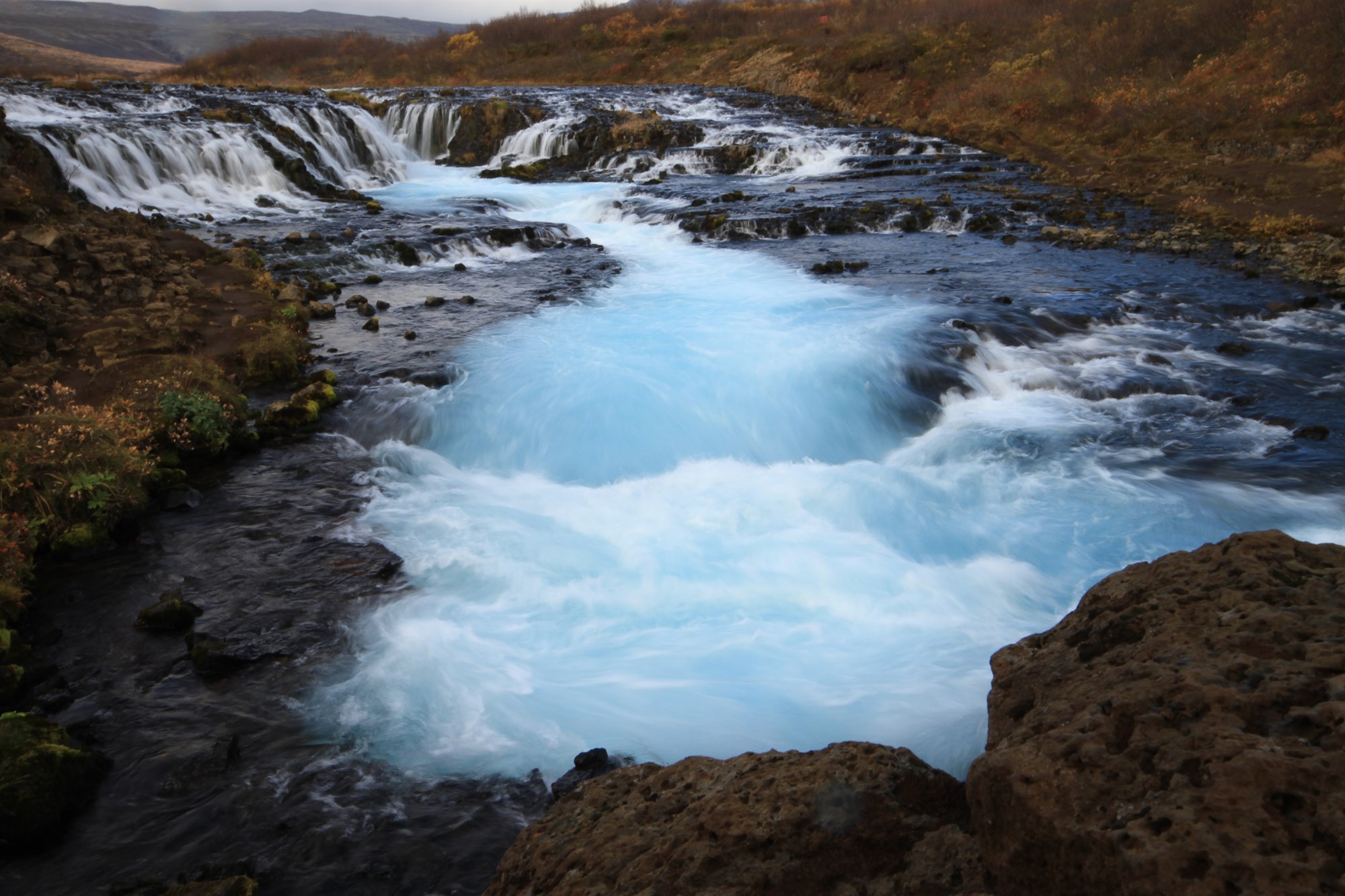 Sitting in the Skaftafell Nature Reserve in South East Iceland, Svartifoss is part of the Vatnajökull National Park. It’s name meaning ‘Black Waterfall’, Svartifoss is surrounded by dark, dramatic basalt columns, whilst the water running down the rocks is stark white. 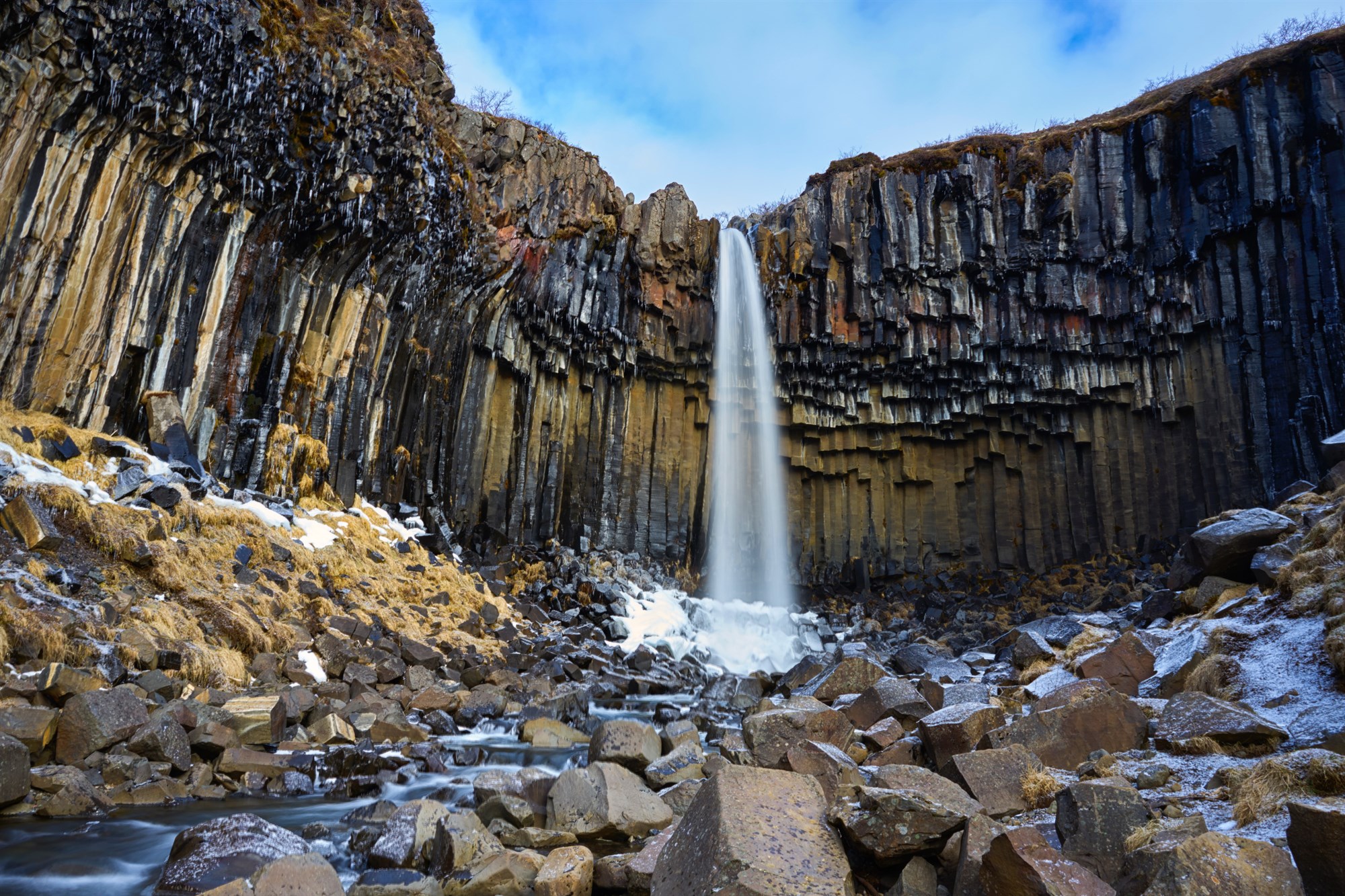 Aldeyjarfoss is the second waterfall along the Skjálfandafljót river, and with a staggering 20-metre cascade, it is also the tallest. Similarly to Svartifoss there is a beautiful contrast between the water and the rock, of which is also composed of basalt columns. 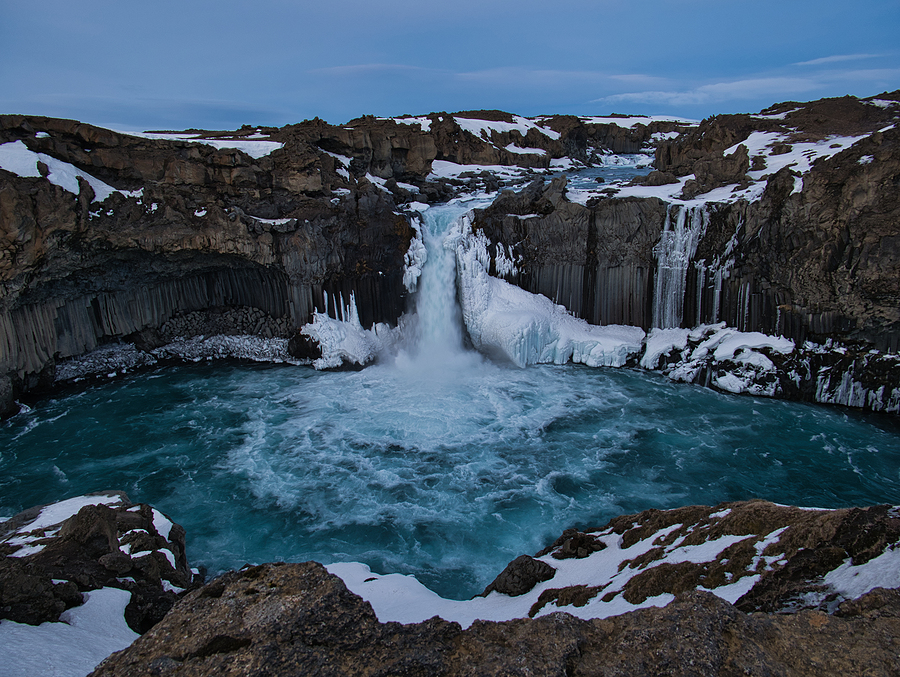 Look familiar? You may recognise Dettifoss from the opening scene of Ridley Scott’s sci-fi film, Prometheus. Known as Europe’s most powerful waterfall, the water at Dettifoss thunders 50m into the Jokulsa Canyon, reaching almost 50,000 cubic metres per minute. Would you feel the wrath of Dettifoss? 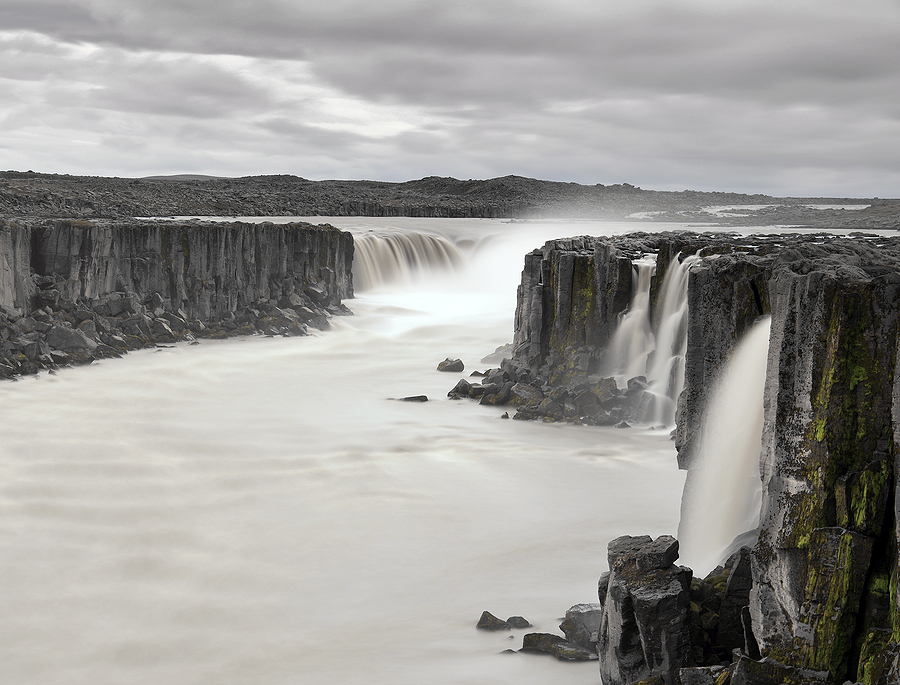 Sitting in Northern Iceland, Godafoss expels natural beauty like no other. Known as The ‘Waterfall of the Gods’, Godafoss is often referred to as a mini Niagara Falls, because of its circular shape. You can get a glimpse of this magnificent waterfall from both sides, however many photographers recommend viewing from the East bank. 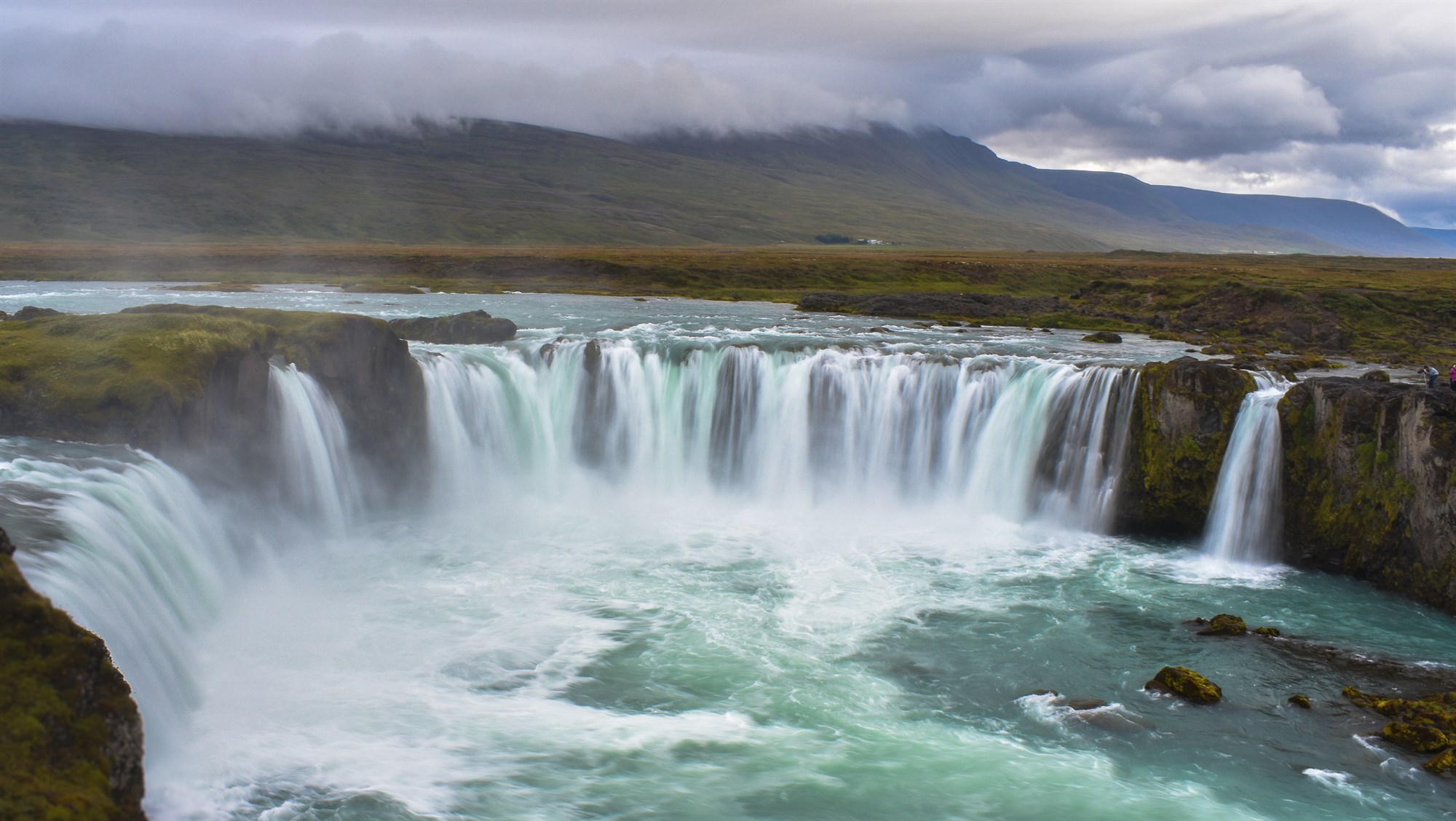 Gullfoss is widely considered one of Iceland's most famous waterfalls, as it belongs to the popular Golden Circle. Being the most popular tourist route in Iceland, the Golden Circle definitely draws people to this magnificent waterfall. Located in the Hvita Glacier River, Gullfoss drops 32m into clear water, where daring tourists can walk near the waterfall itself. If you do decide to brave the waterfall, stay well behind the fence. If you fall into Gullfoss, you will most certainly never emerge. 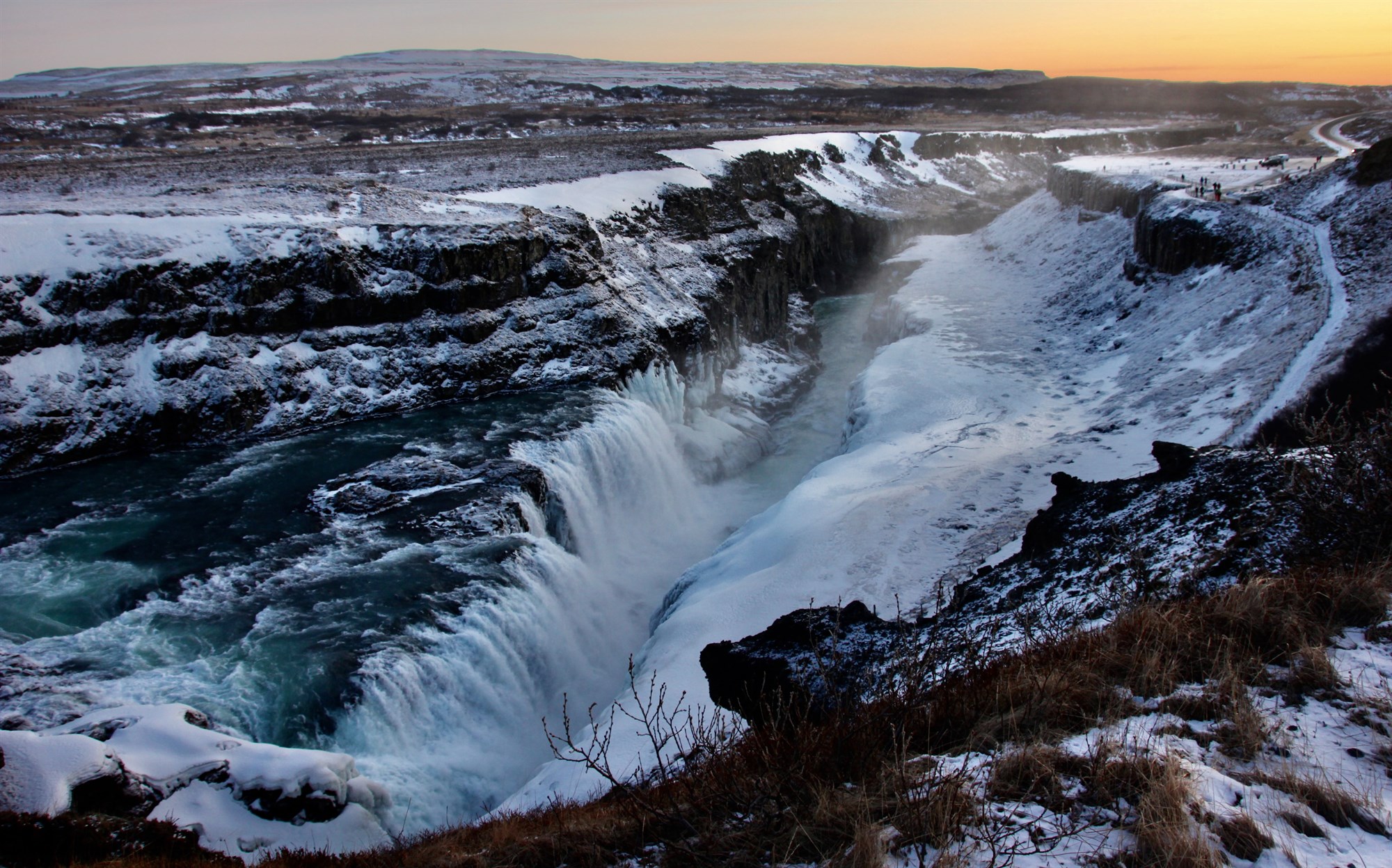 The small waterfall of Kirkjufellsfoss sits near the impressive Mount Kirkjufell. This waterfall is a particularly scenic one, offering photographers a wealth of beautiful photo opportunities. To get the best glimpse of this charming waterfall, be sure to visit when the sun sets, or in the light of the midnight sun. 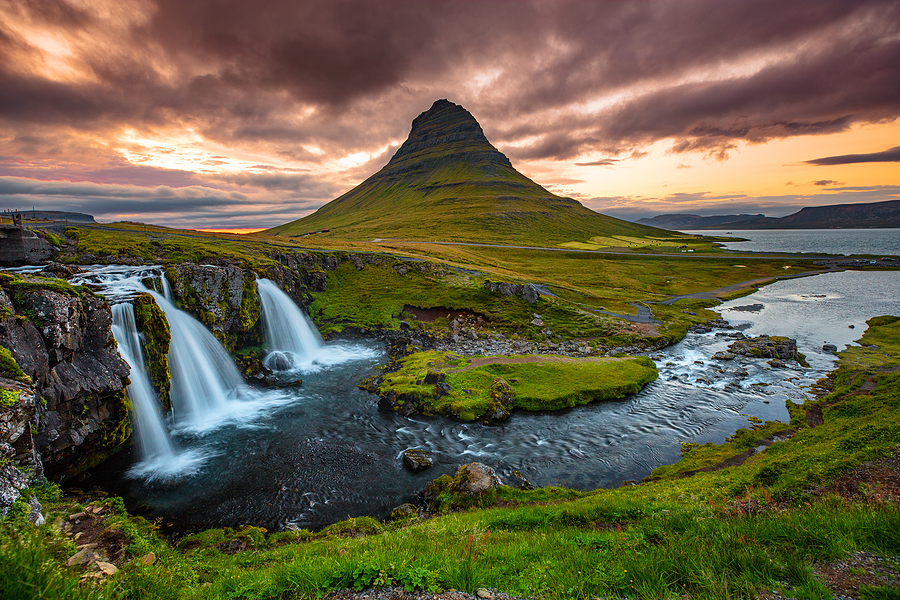 One of Iceland's tallest waterfalls, Hengifoss stands 128m tall and was once ranked the country's third tallest waterfall. With water tumbling over red and black cliffs, the waterfall has a long, narrow plume of water running down. Located in the Icelandic highlands, this waterfall is one of nature’s best.

An extremely popular travel destination, Skogafoss is located along the Southern Coast of Iceland in Skogar. Standing 60m high, this is one of the most dramatic waterfalls in the entire country. On sunny days, the waterfall can even produce a double rainbow. 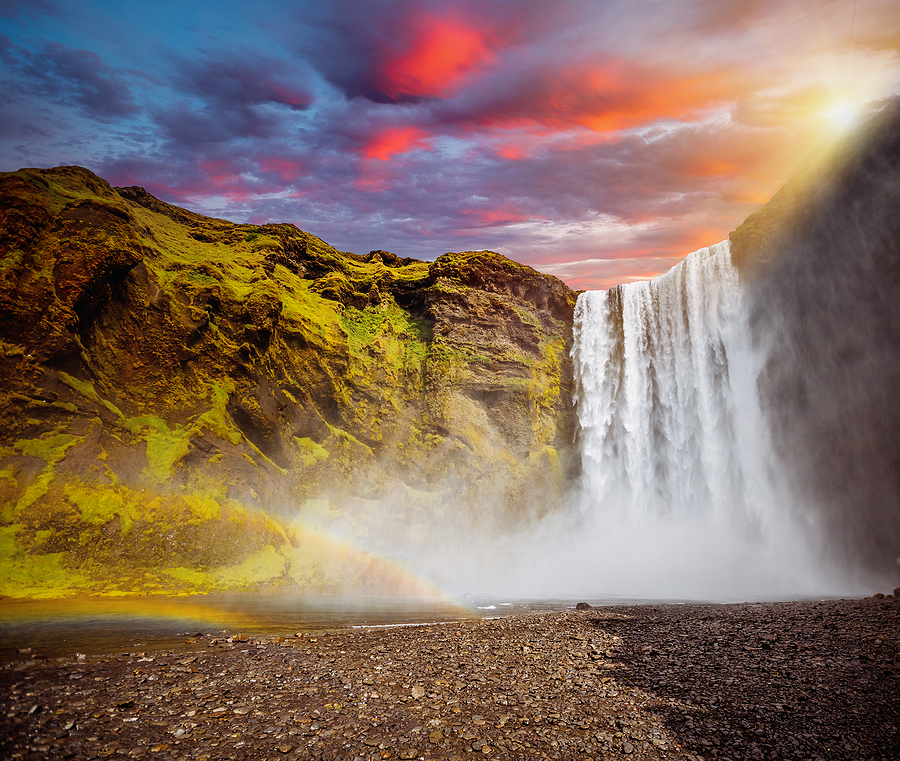 With the same drop as Skogafoss, this waterfall is also one of the country’s favourites. This beautiful waterfall has the rare distinction in that you can walk behind it, providing the opportunity for a spectacular photographic angle. 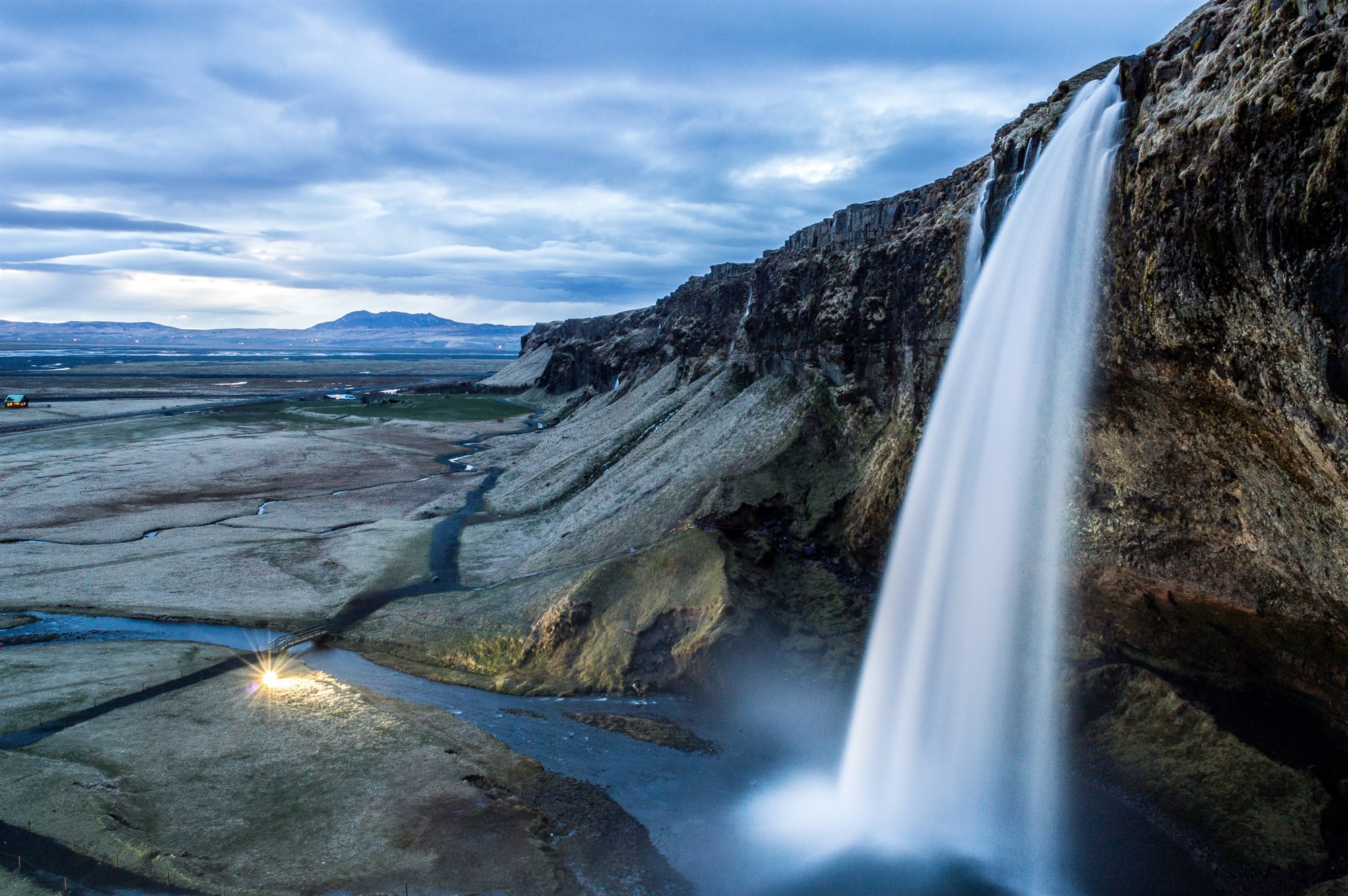